Customizable beachwear and jewels with gems and shells.

Wedding swimsuit, beach dress and accessories: for an unforgettable honeymoon, create and personalize your precious and total white wedding look.

For me art is to create a tale capable to give emotions with shapes and colors.

Expert in art and design, she created the Skiuma brand in 2017 following the idea to realize customizable beachwear and jewels.

My passion is to give shape to ideas by experimenting with color and material combinations to create “beauty”. 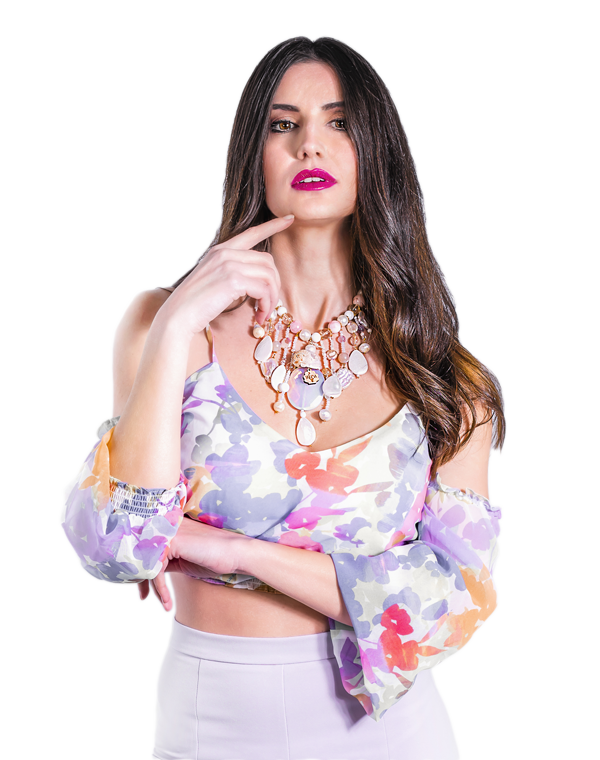 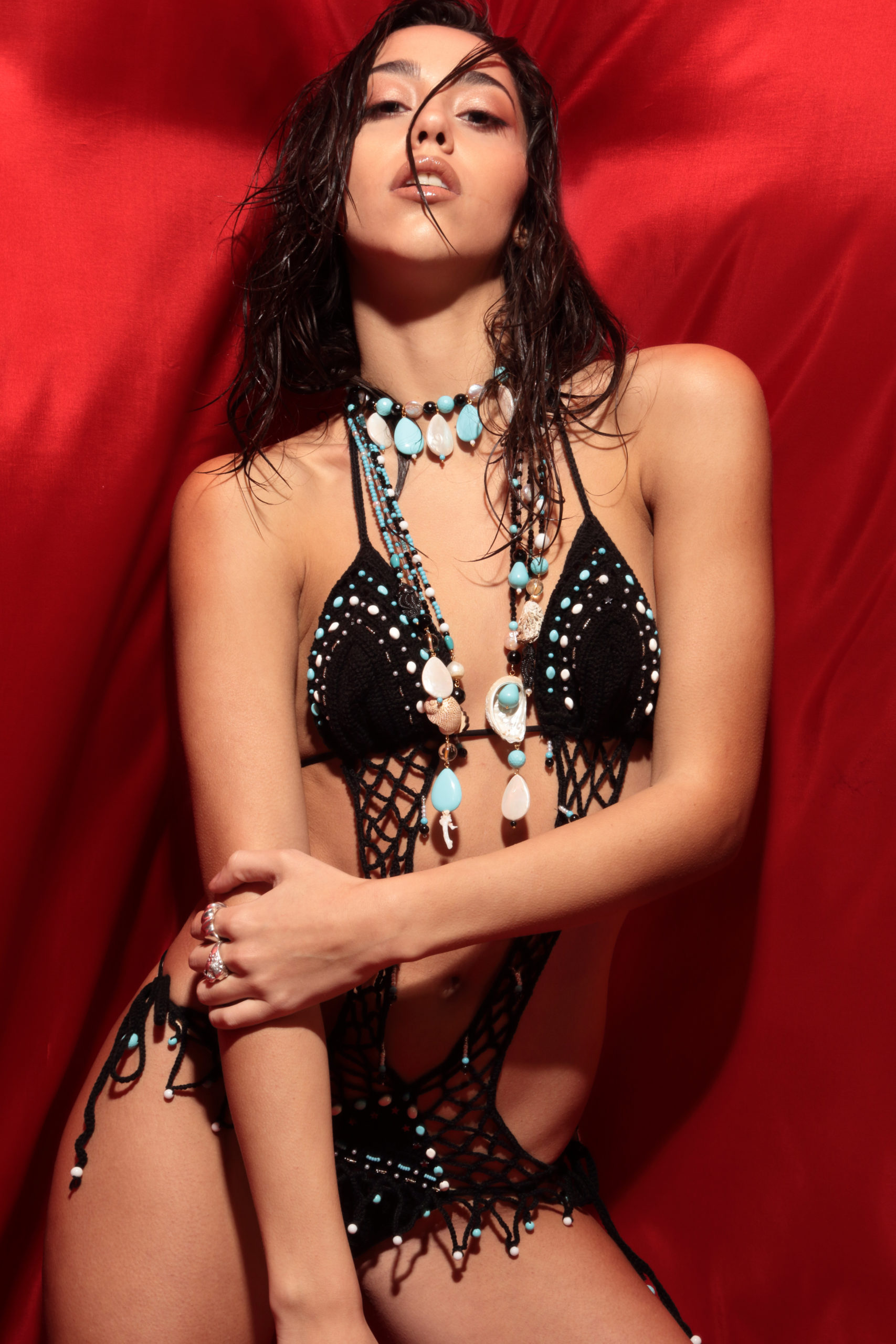 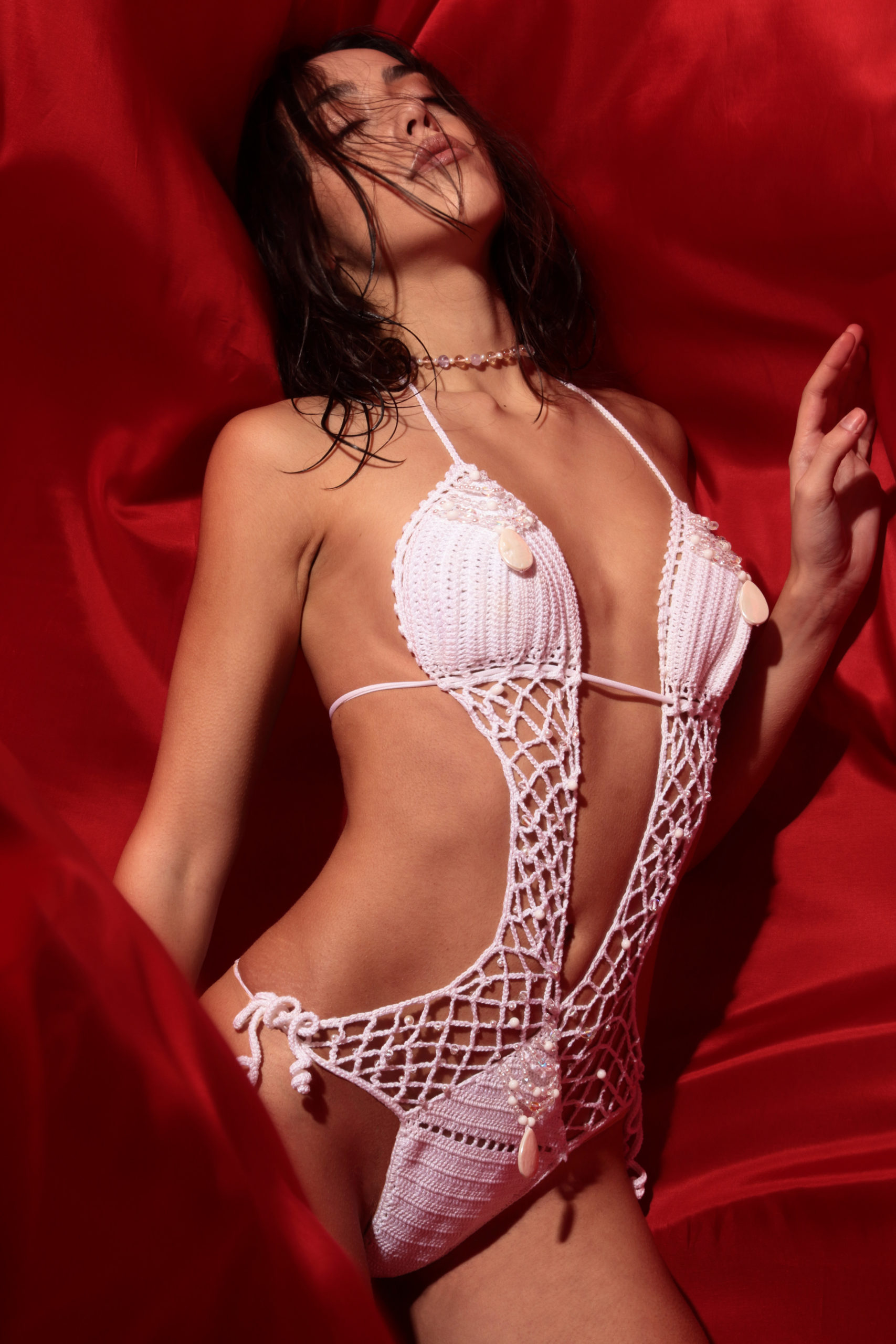 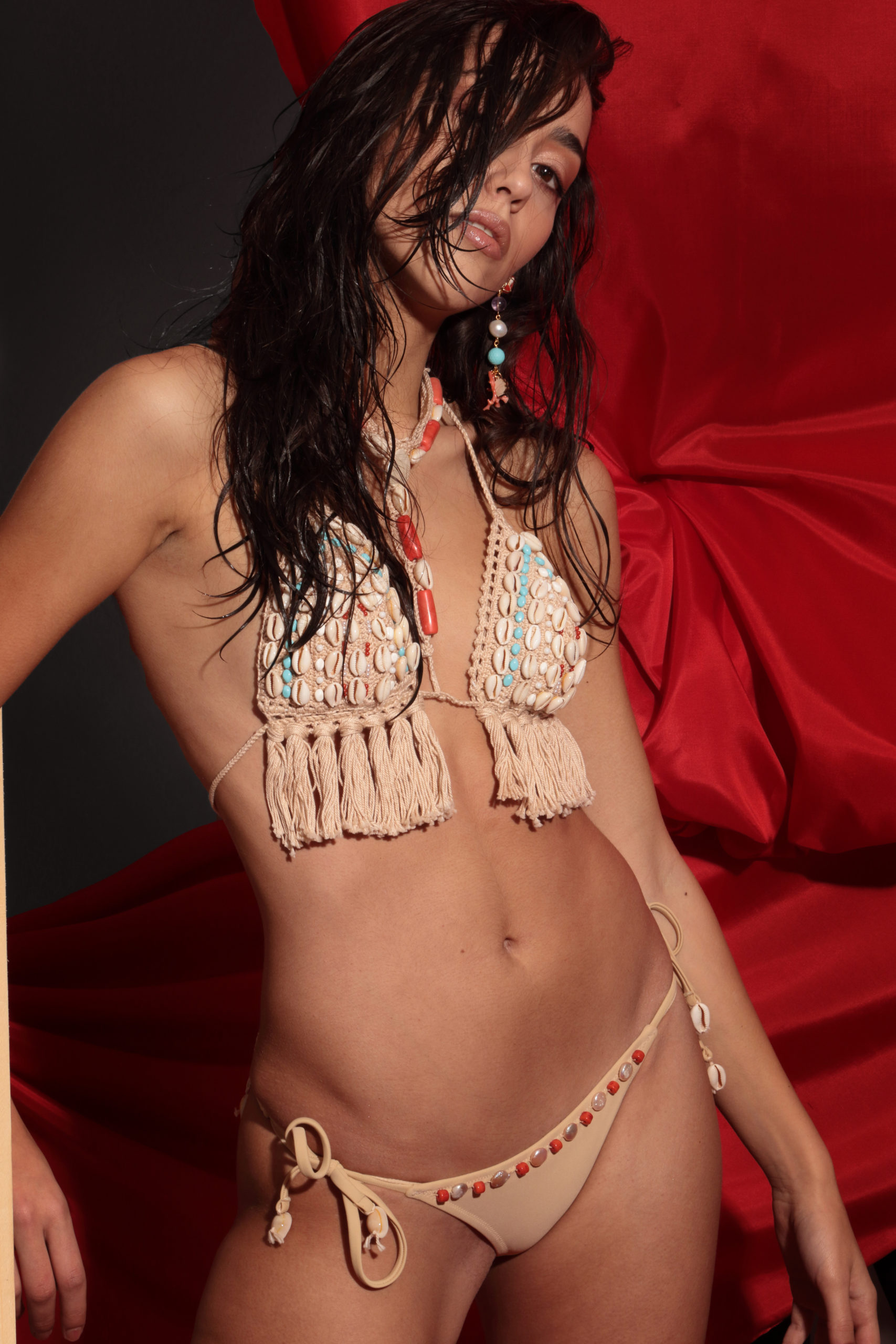 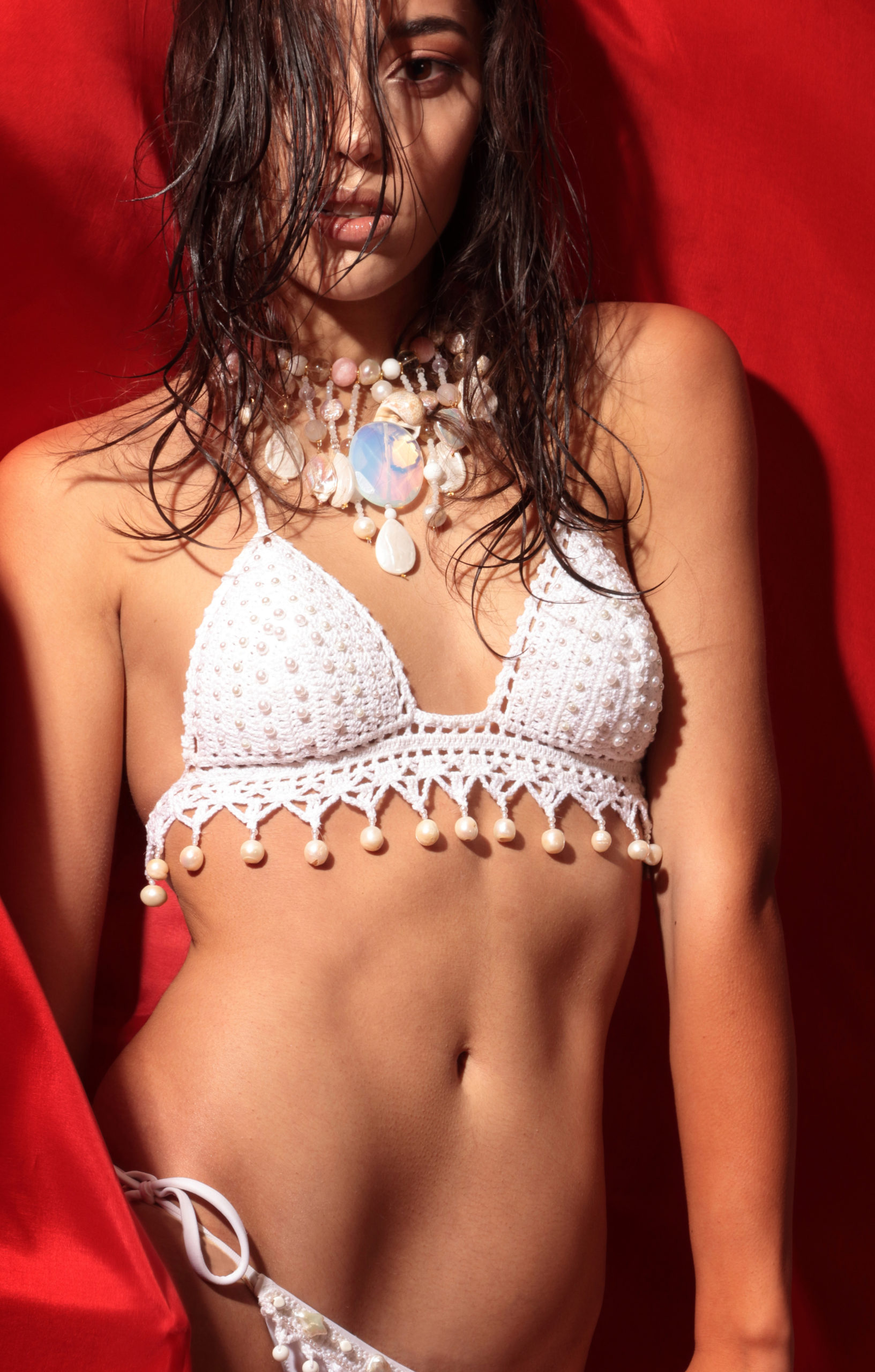 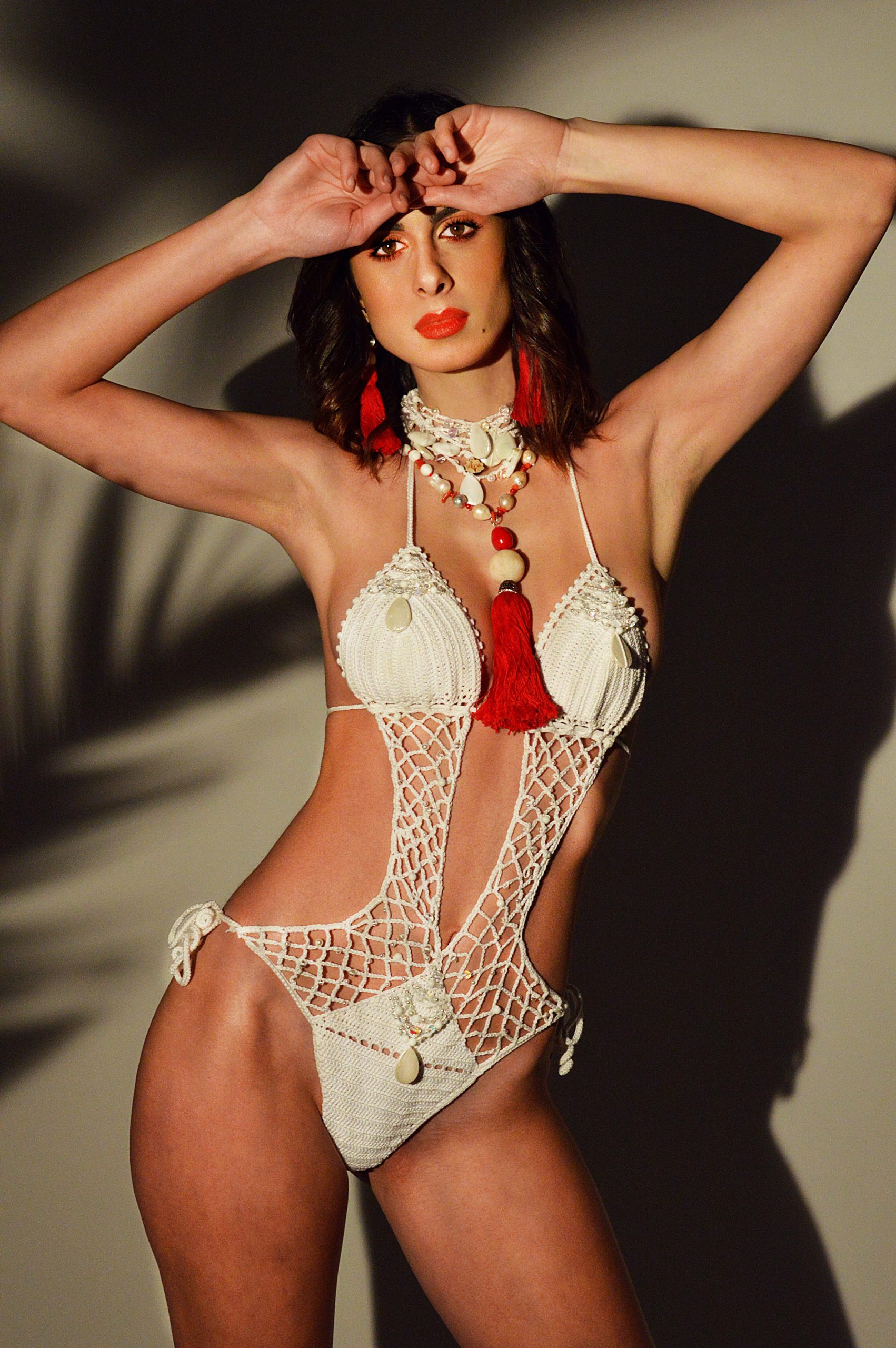 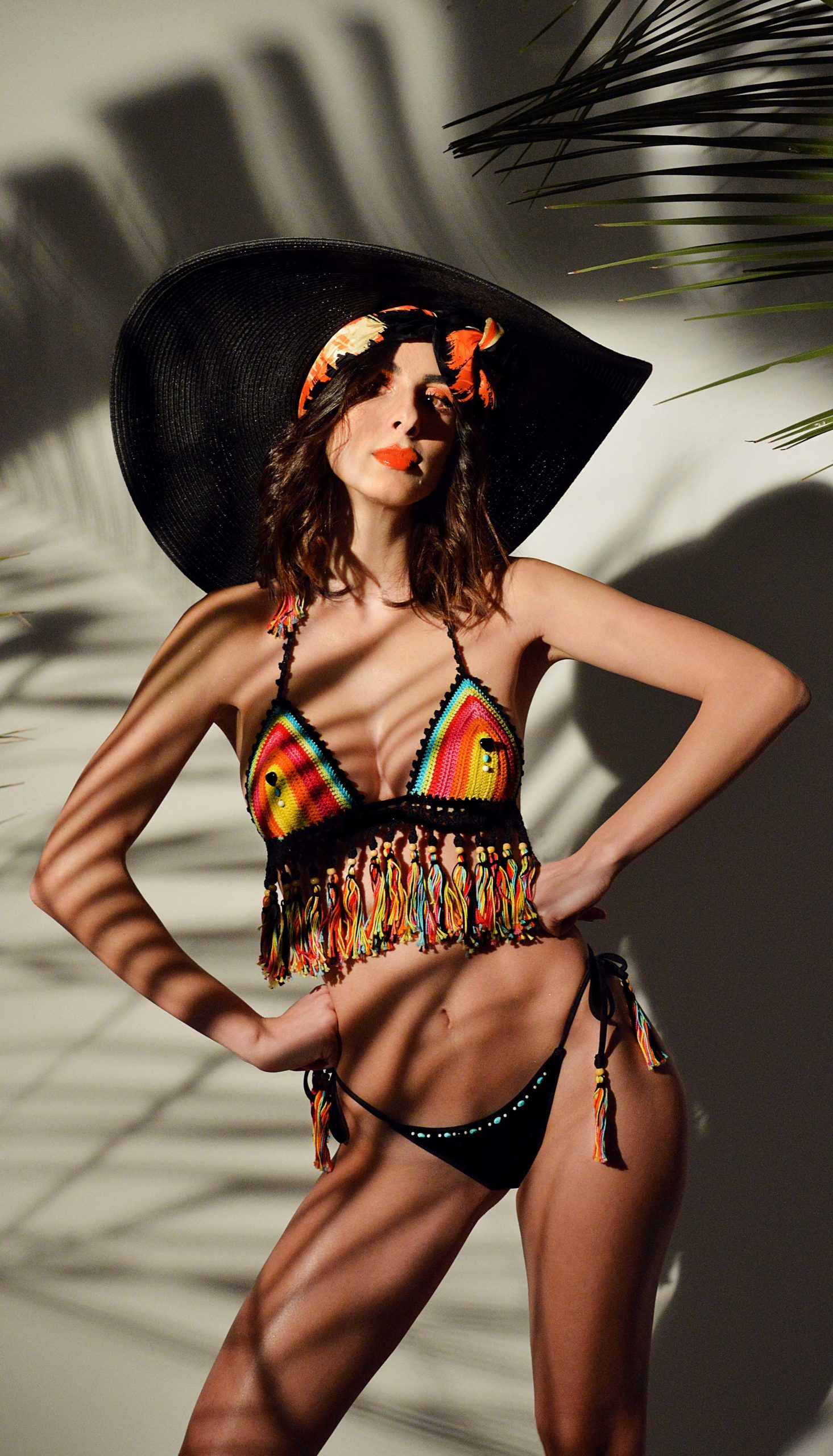 Do you want to be a mermaid bride too? I can realize your look for a fairytale honeymoon for you…

The brand name is inspired by the legend of the mermaid bride Skiuma, enchantress of sailors and owner of rare and precious jewels.

There were once two young spouses: she was beautiful, he was a fisherman. They lived in Taranto next to the seaside. One day the young man, blinded by jealousy, led his bride offshore and left her at sea at the mercy of the waves. Mermaids, fascinated by her beauty, rescued the girl. They transformed her into a mermaid and made her their queen with the name of Skiuma that means “sea foam”. The mermaids taught her their songs with which they attracted the sailors and changed them into precious jewels, corals and shells. But soon the young fisherman, regretting his action, returned to the sea seeking for his bride and the sirens captured him. Skiuma recognized her spouse and, still in love, saved him. The groom, waking up on a beach, decided to win her back and so he came to terms with a fairy: to release the magic spell, Skiuma had to steal the rare, unique white coral flower kept by the mermaids. As soon as she caught the enchanted flower a marine vortex rose and swallowed the mermaids. She went back to being a woman and was reunited with her husband. 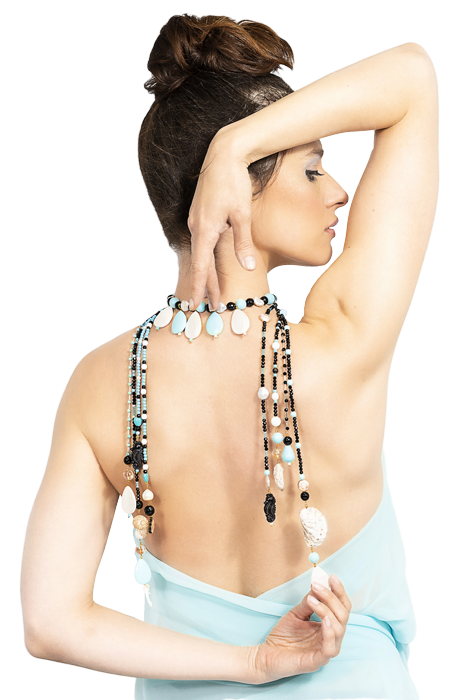 A selection of customizable swimsuits and jewels only for you 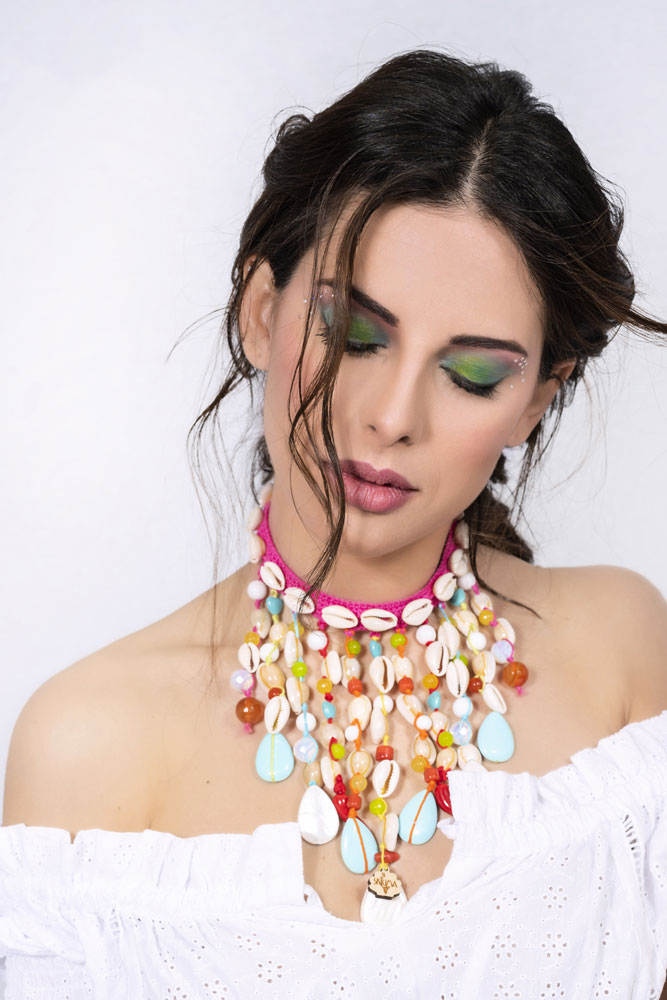 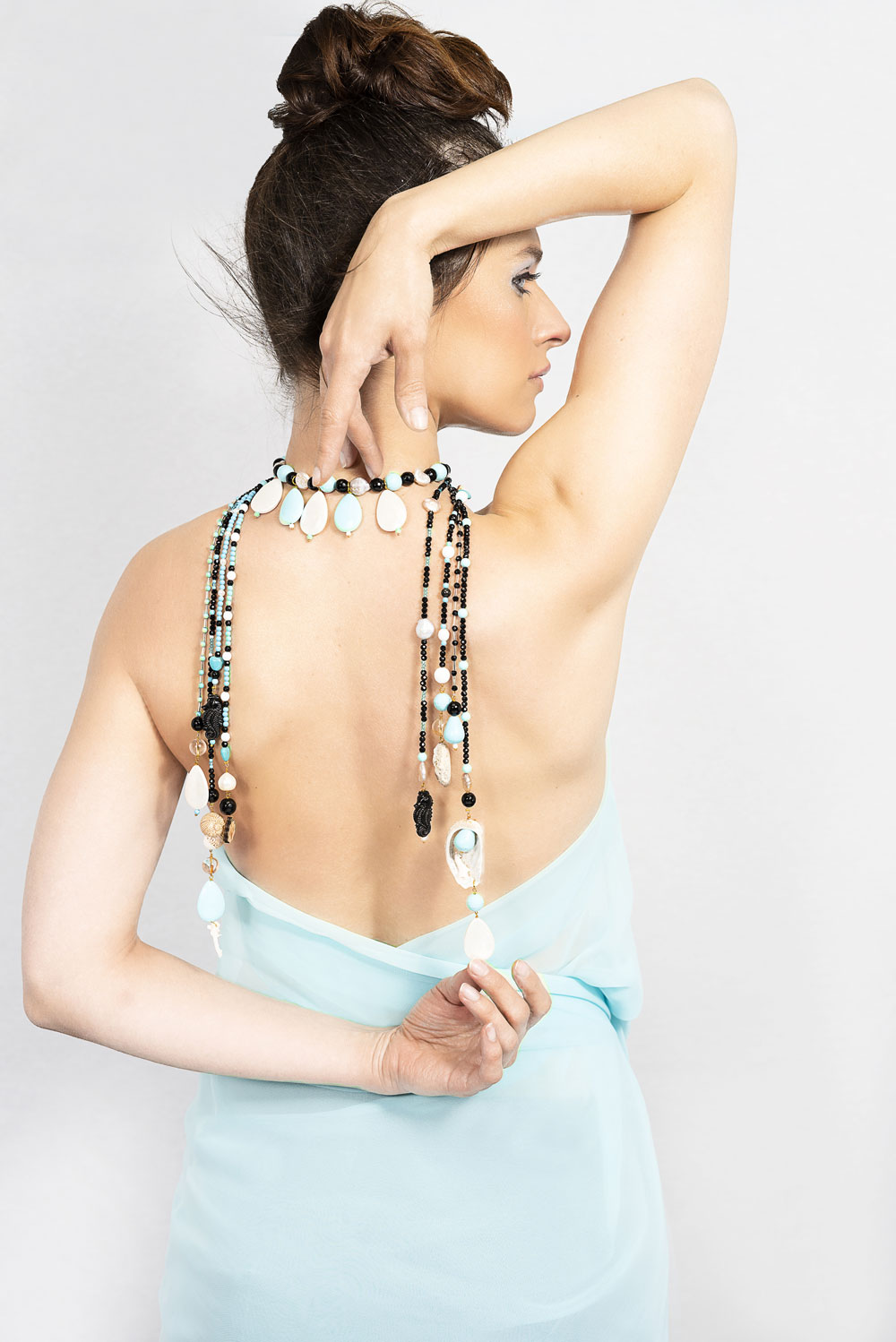 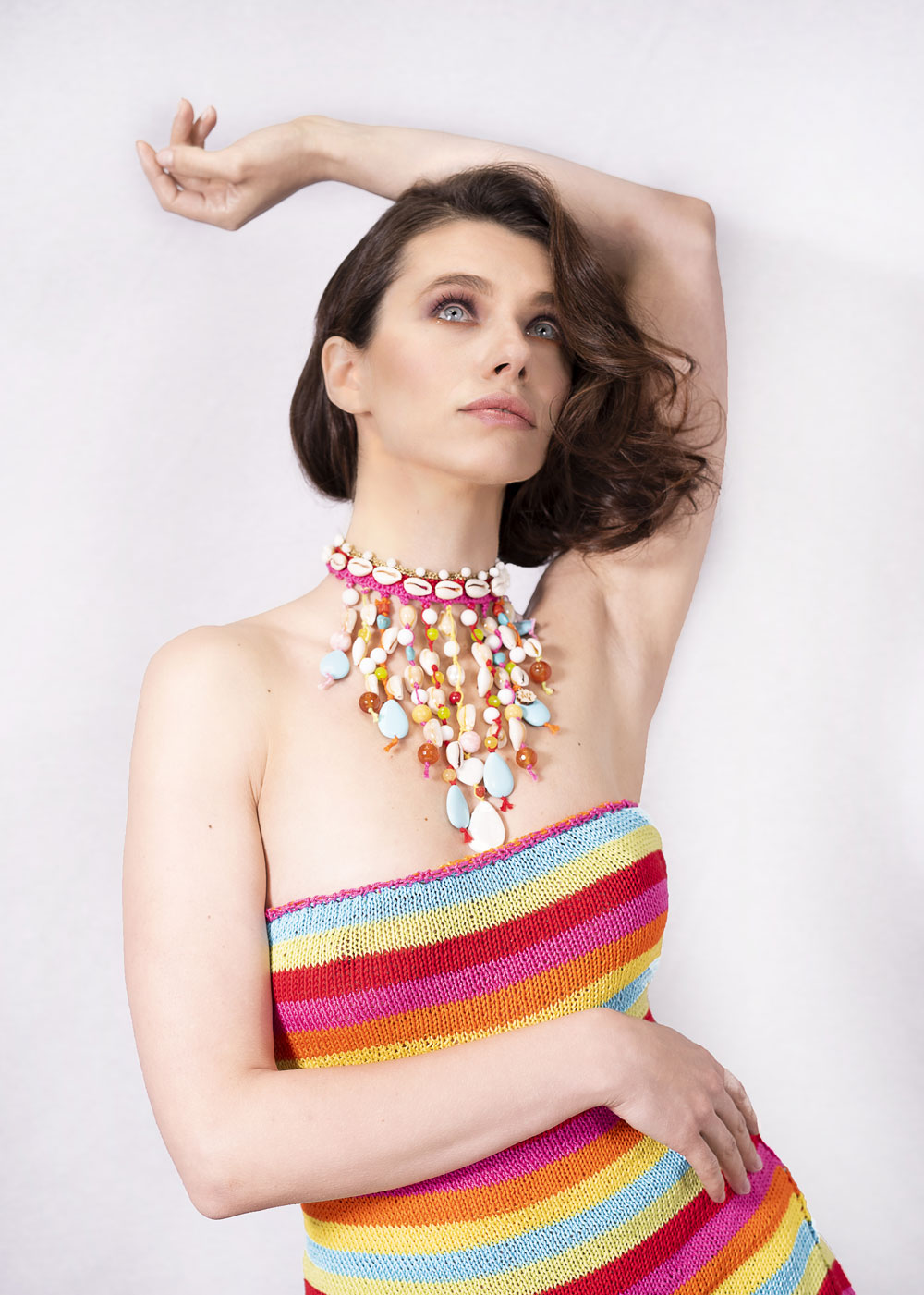 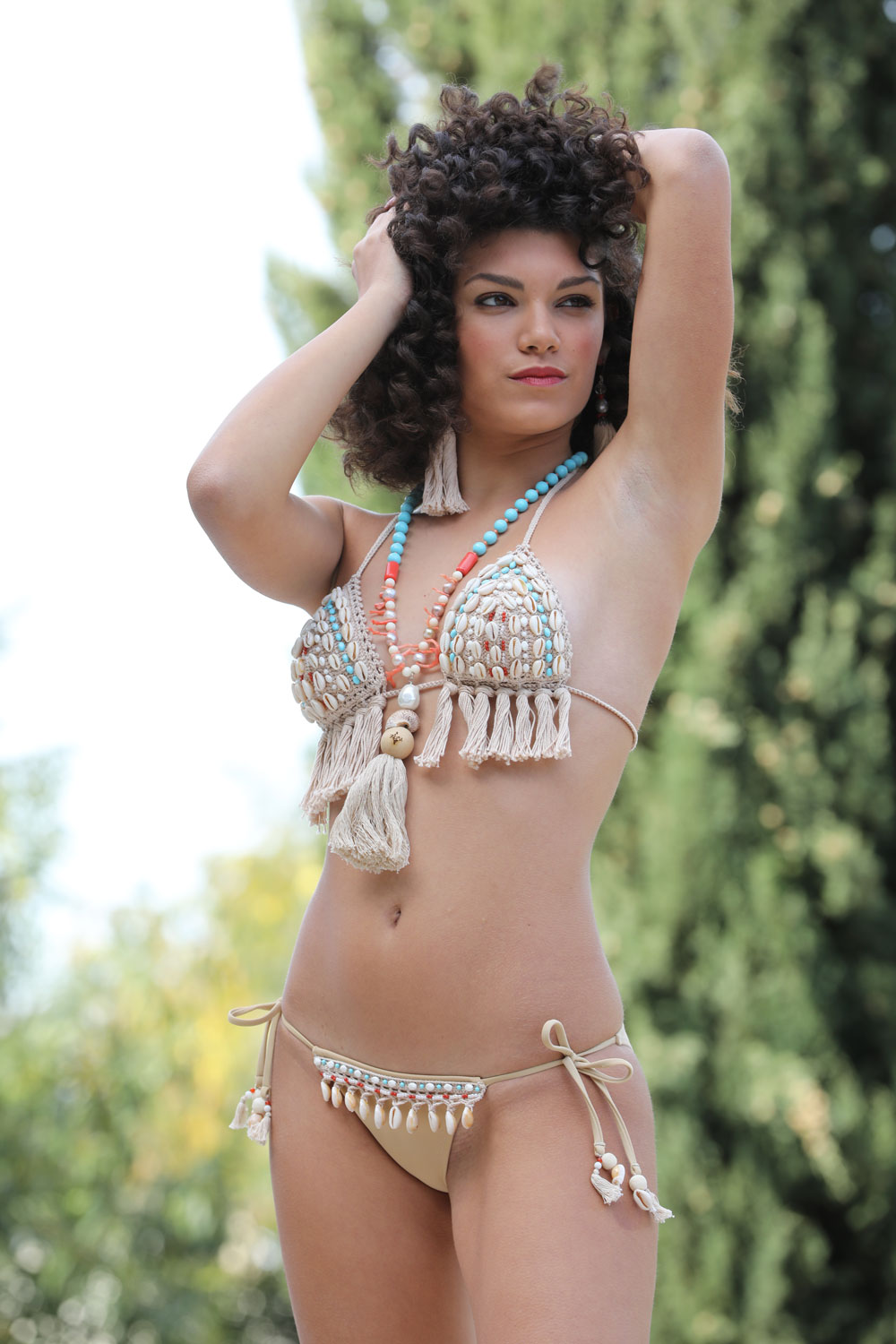 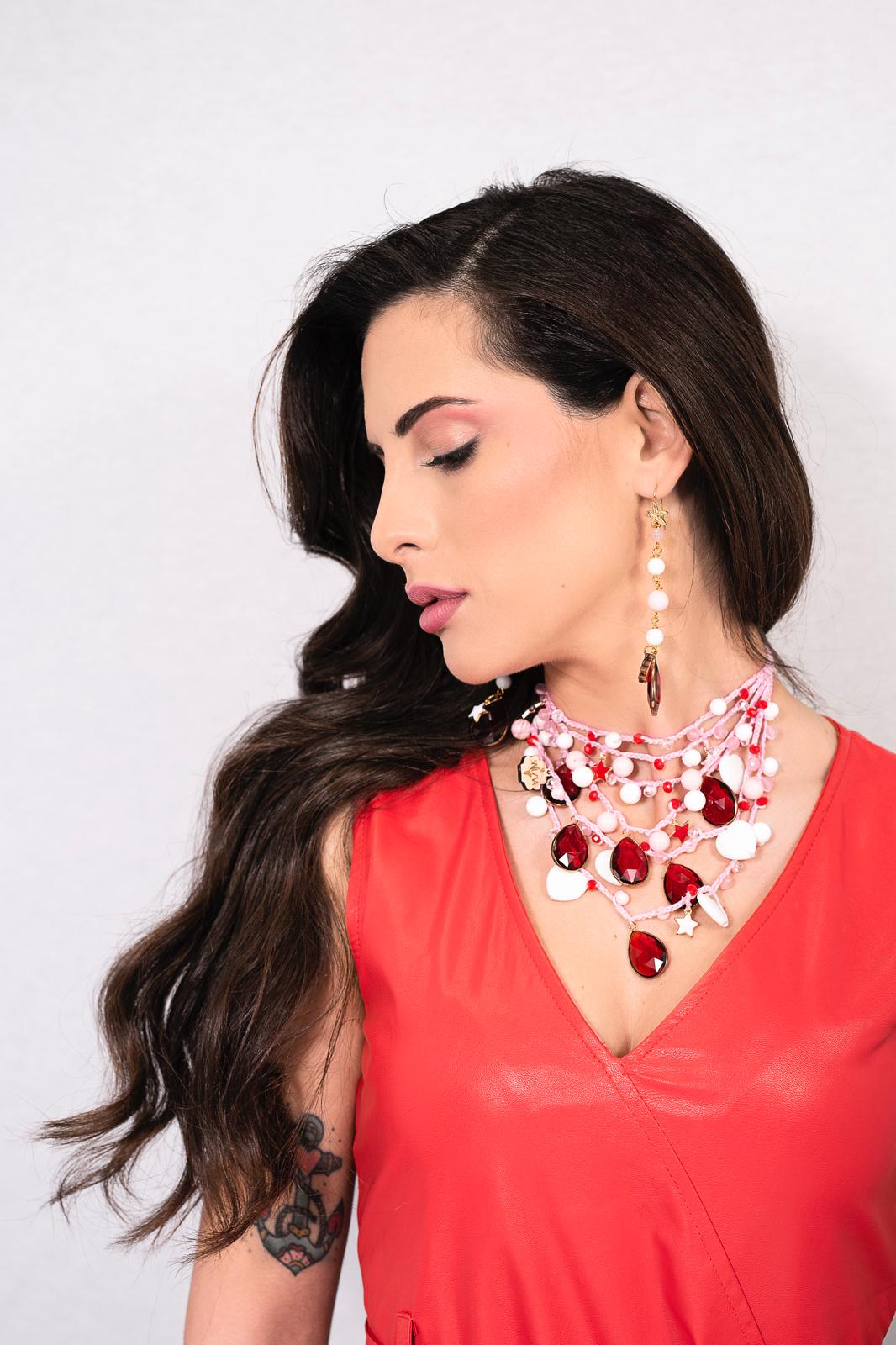 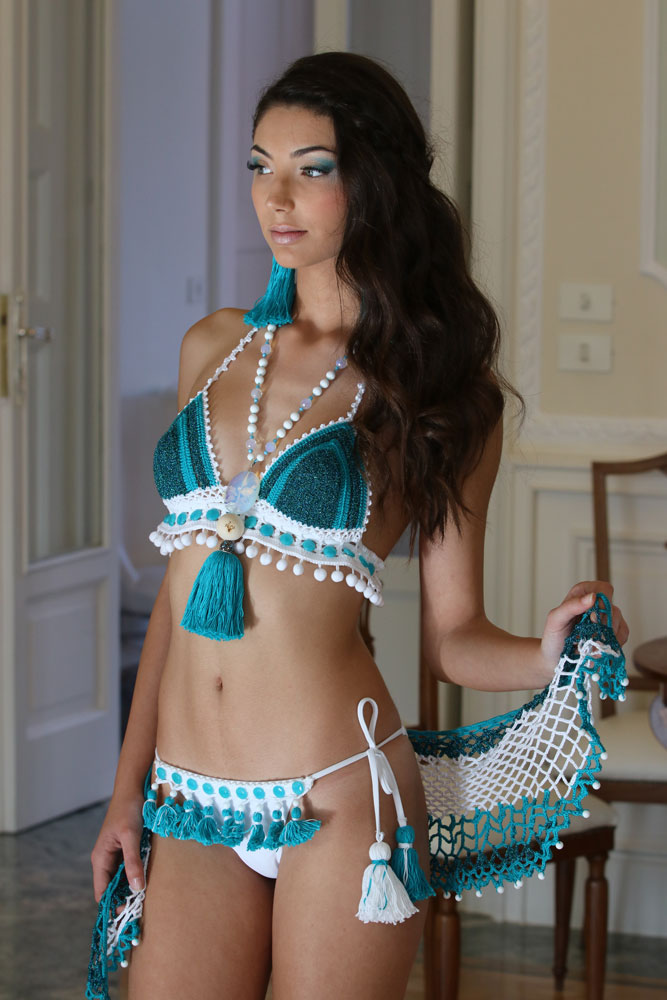 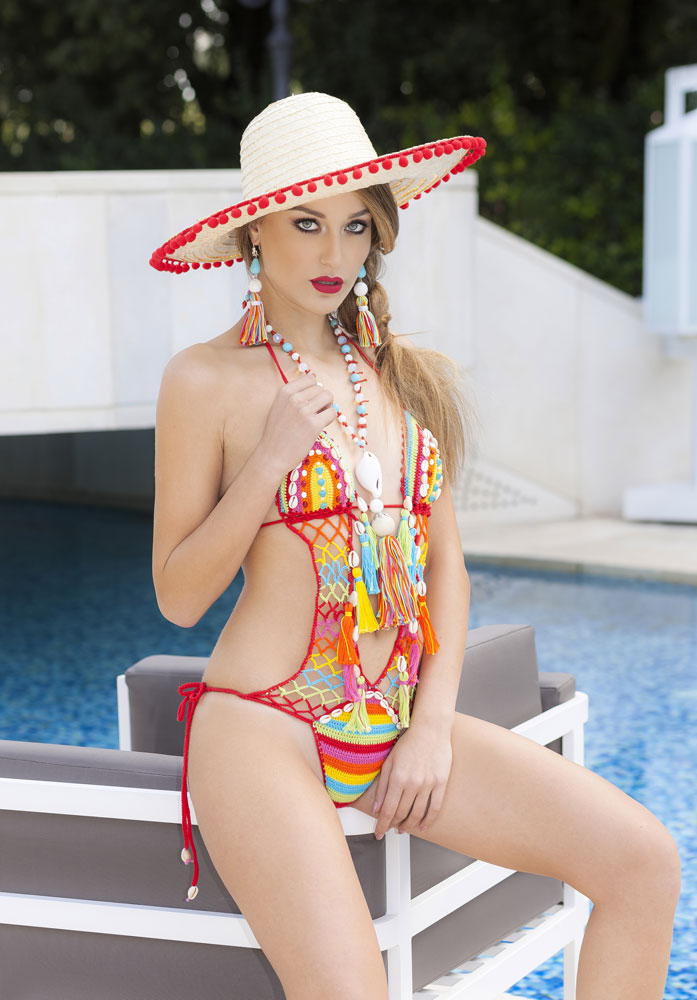 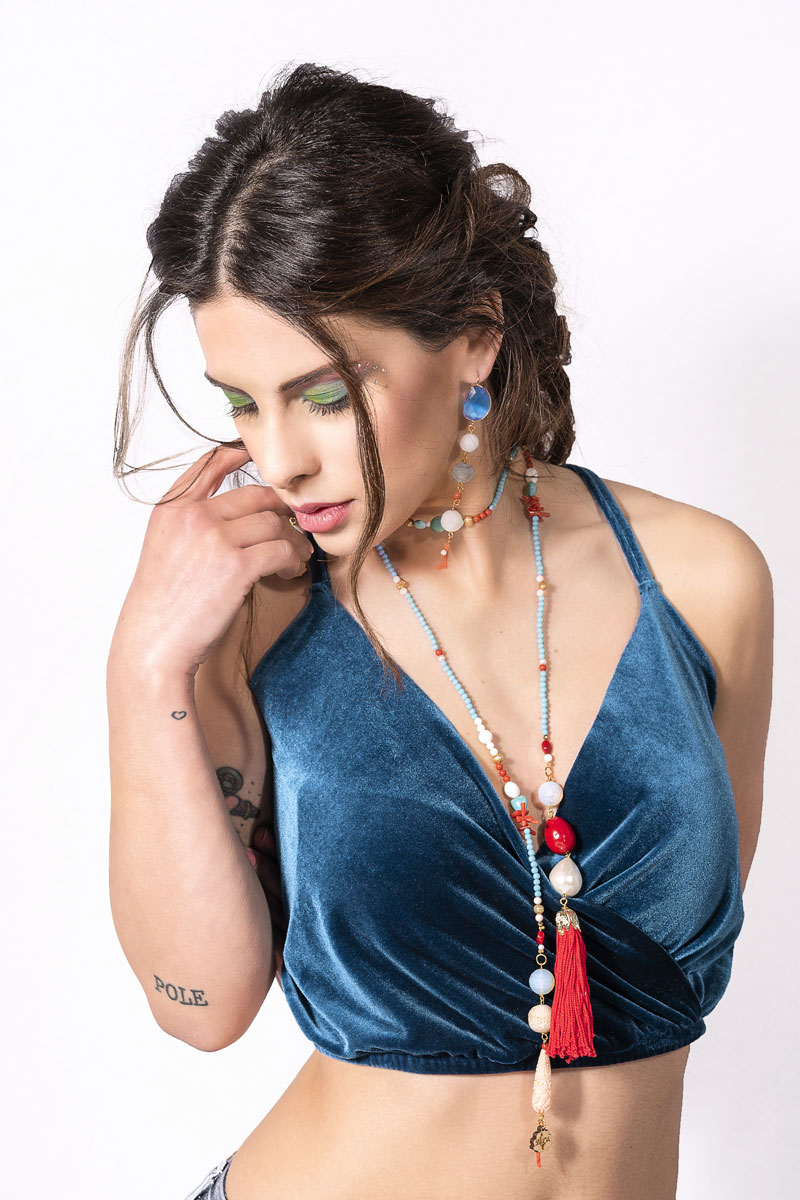 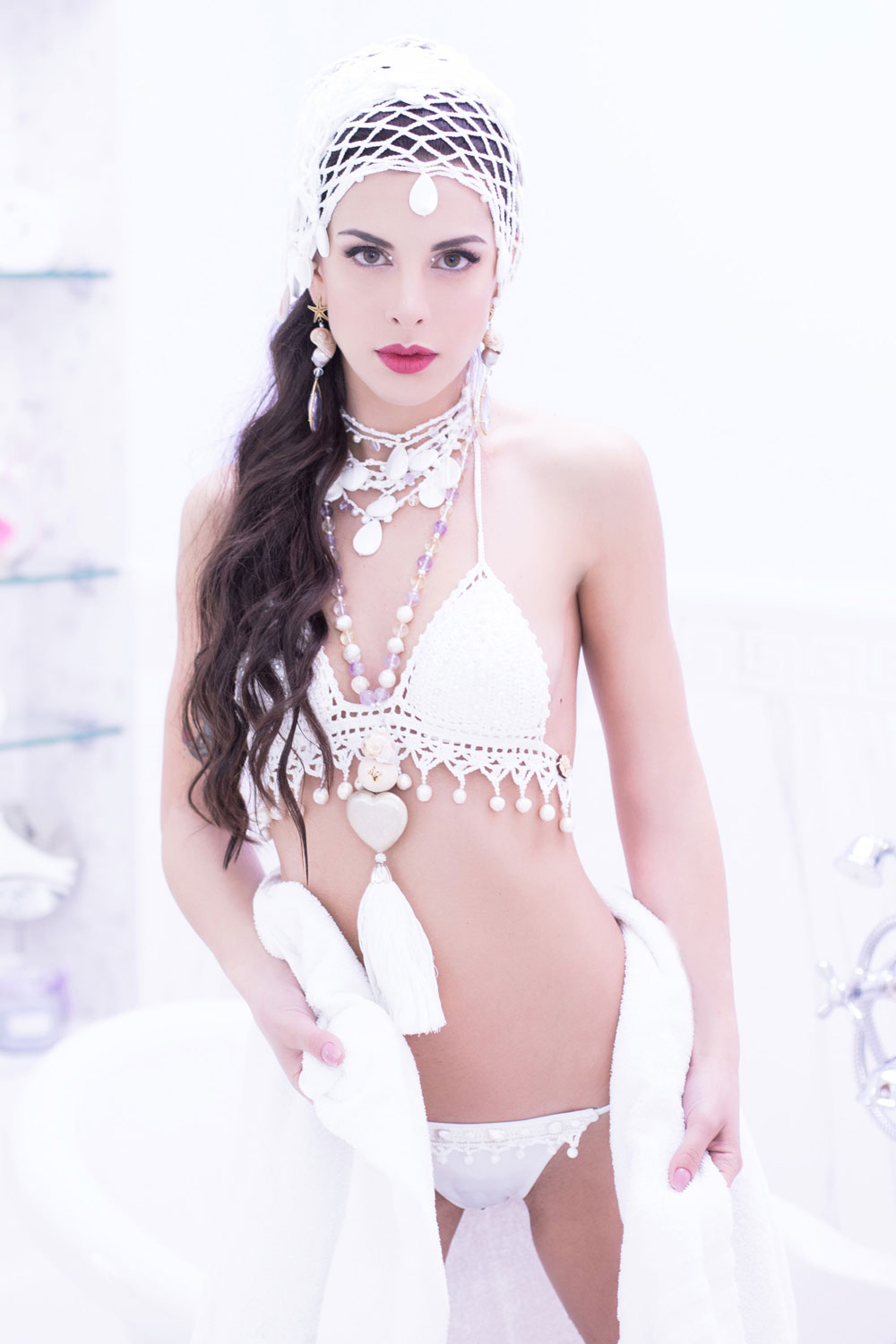 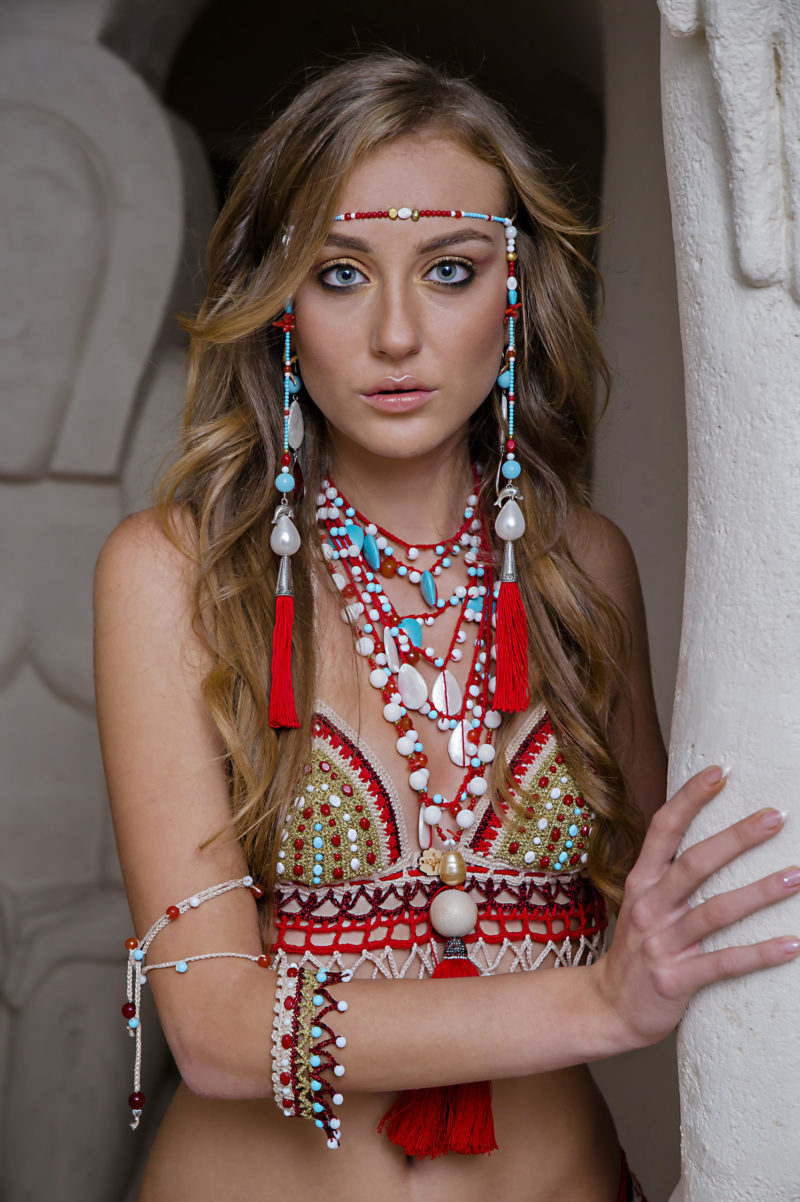 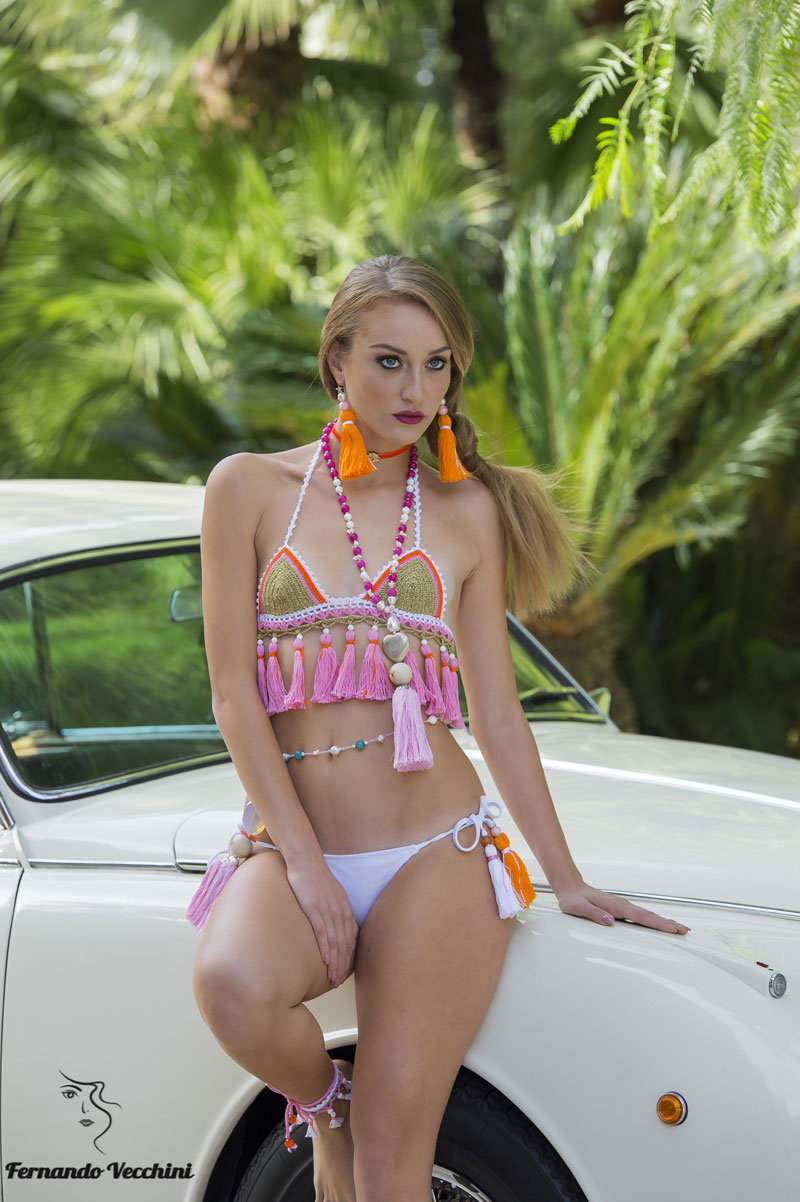 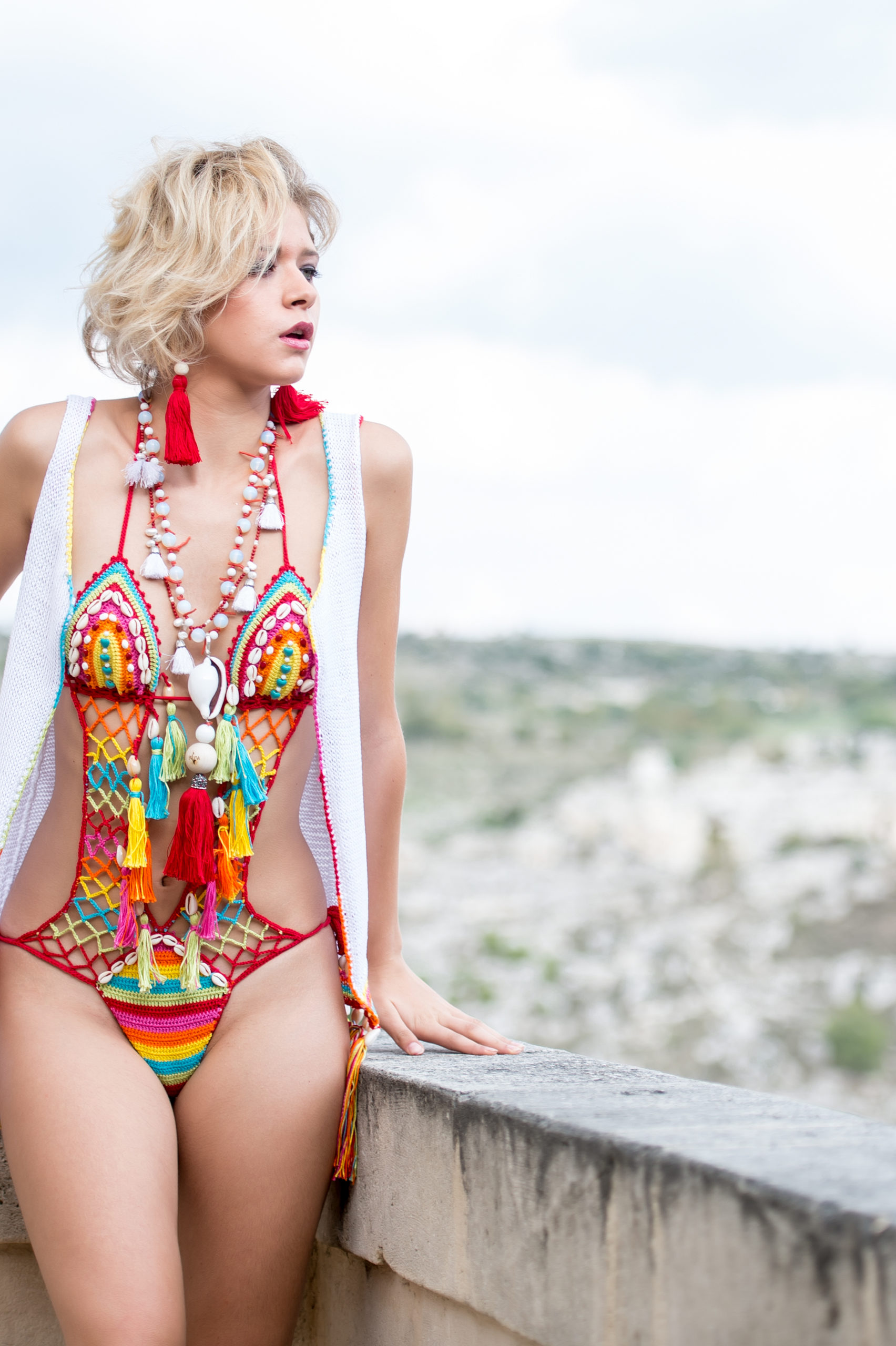 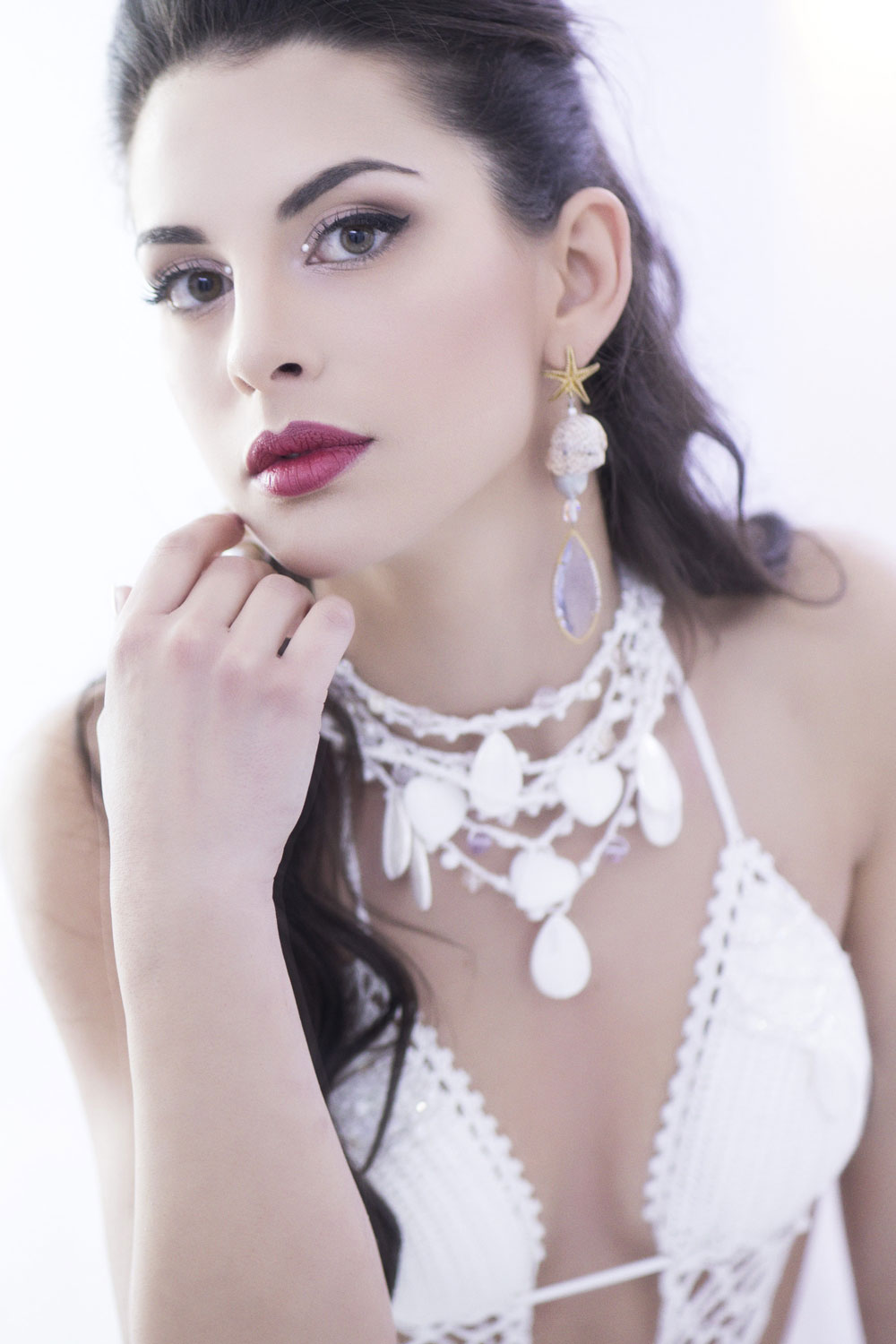 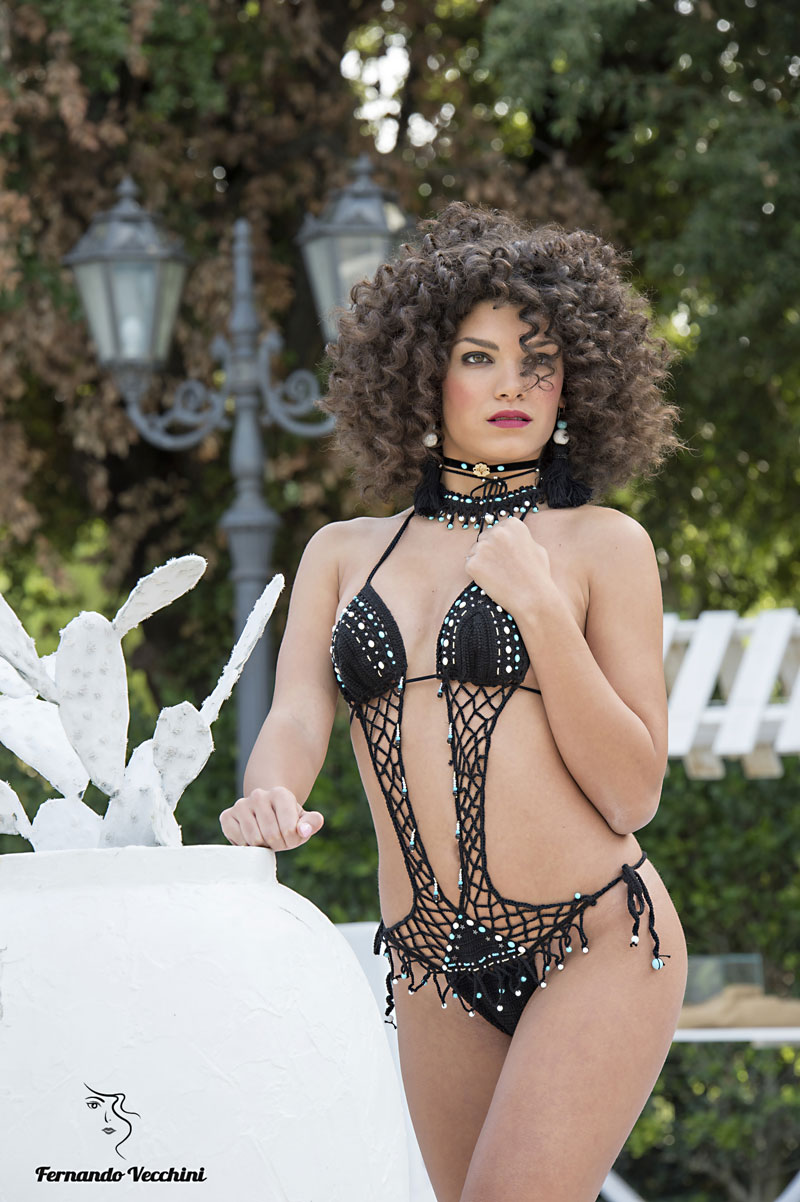 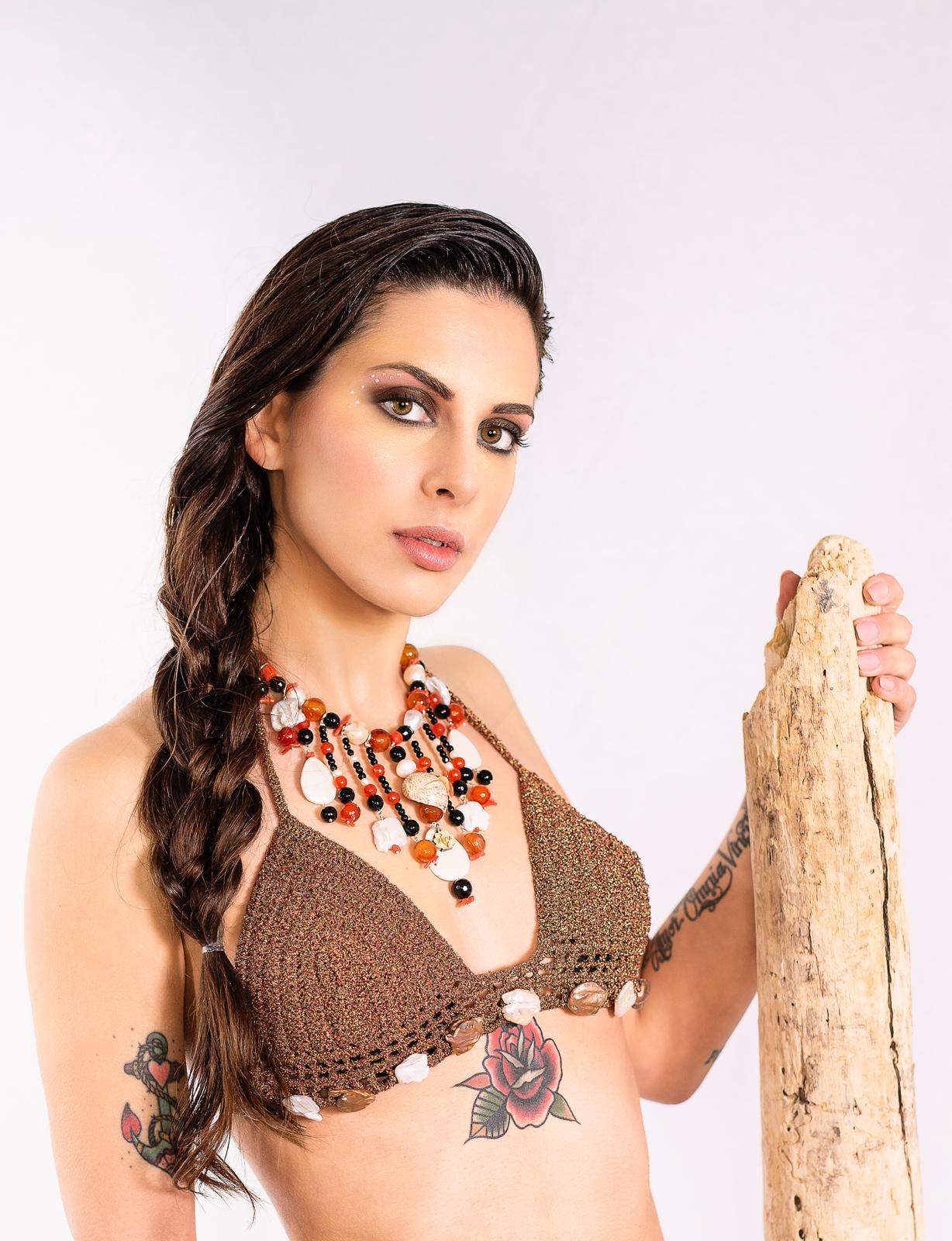 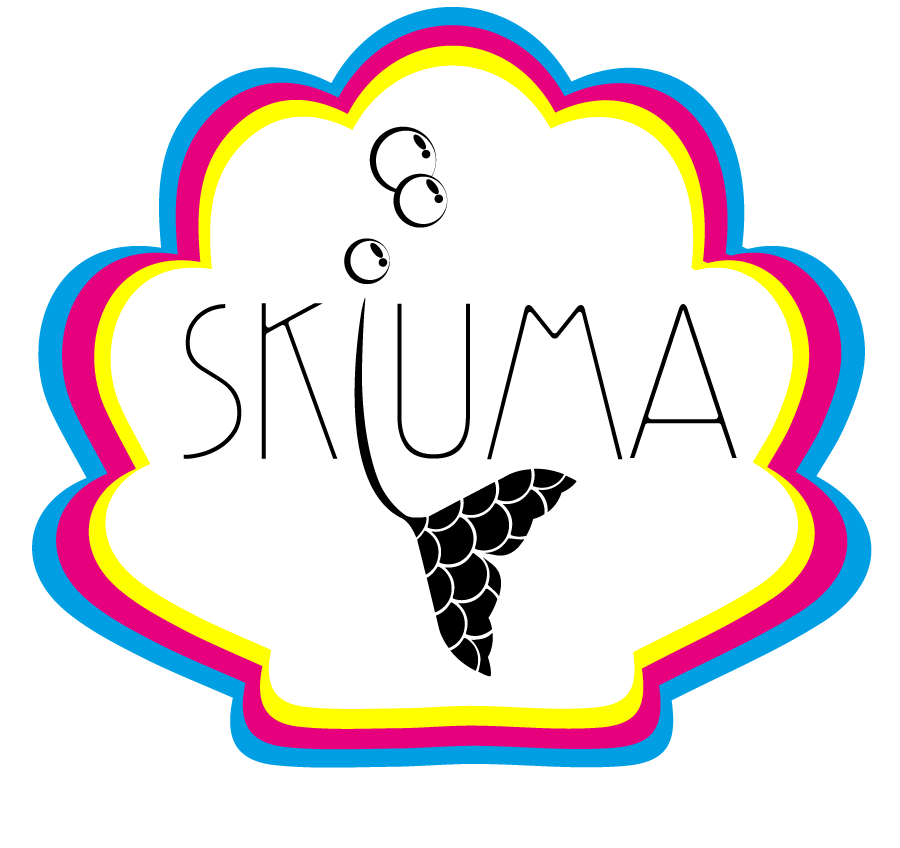 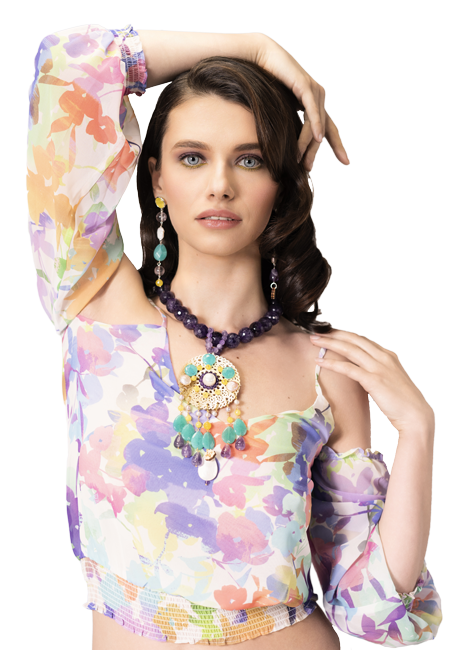 We use cookies on our website to give you the most relevant experience by remembering your preferences and repeat visits. By clicking “Accept All”, you consent to the use of ALL the cookies. However, you may visit "Cookie Settings" to provide a controlled consent.
Cookie SettingsReject AllAccept AllRead More
Manage consent

This website uses cookies to improve your experience while you navigate through the website. Out of these, the cookies that are categorized as necessary are stored on your browser as they are essential for the working of basic functionalities of the website. We also use third-party cookies that help us analyze and understand how you use this website. These cookies will be stored in your browser only with your consent. You also have the option to opt-out of these cookies. But opting out of some of these cookies may affect your browsing experience.
Advertisement
Advertisement cookies are used to provide visitors with relevant ads and marketing campaigns. These cookies track visitors across websites and collect information to provide customized ads.
Analytics
Analytical cookies are used to understand how visitors interact with the website. These cookies help provide information on metrics the number of visitors, bounce rate, traffic source, etc.
Functional
Functional cookies help to perform certain functionalities like sharing the content of the website on social media platforms, collect feedbacks, and other third-party features.
Necessary
Necessary cookies are absolutely essential for the website to function properly. These cookies ensure basic functionalities and security features of the website, anonymously.
Others
Other uncategorized cookies are those that are being analyzed and have not been classified into a category as yet.
Performance
Performance cookies are used to understand and analyze the key performance indexes of the website which helps in delivering a better user experience for the visitors.
SAVE & ACCEPT
Powered by